Visible noise reduction in video with the Neat Video plug-in

Have you ever shot a great video, but were upset that the quality was lacking due to poor lighting and equipment? What do you do when your boss wants to use it on the large-screen during a company presentation? Let’s take a look at one way to salvage a project like this by learning how to eliminate visible noise and grain from your footage with the Neat Video plug-in from ABSoft.

My First Experience with Neat Video

Much of the video from the evening portion of my wedding reception was shot under poor lighting conditions. My wife and I had decided to prioritize photography over video. This meant the video team were told to use available room light instead of attaching portable lights to the top of the camera. This year, my wife thought it would be a neat surprise to replay her father-daughter dance at her father’s birthday party. I suddenly had the task of trying to salvage something nice from this dark and fuzzy video. 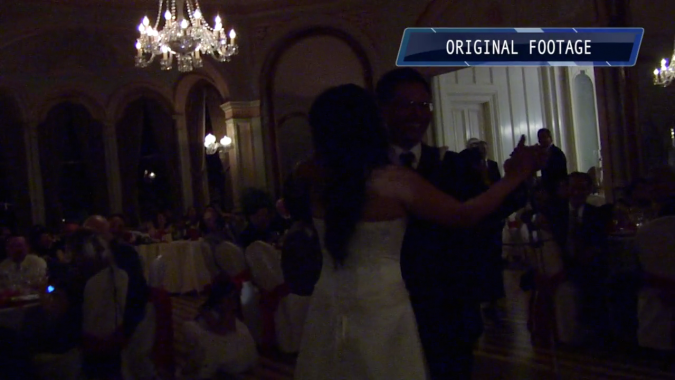 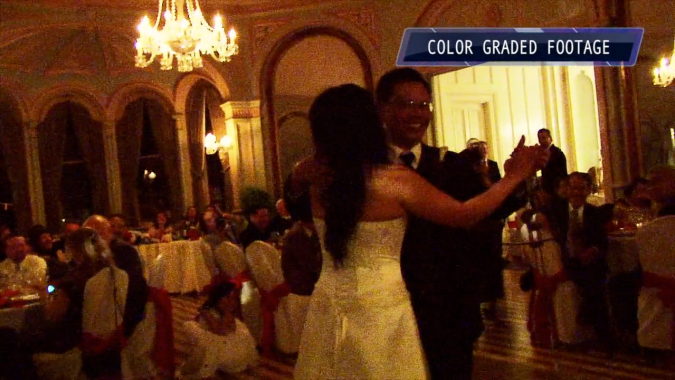 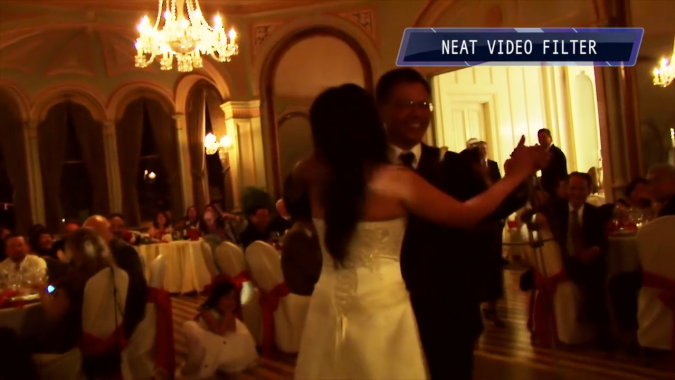 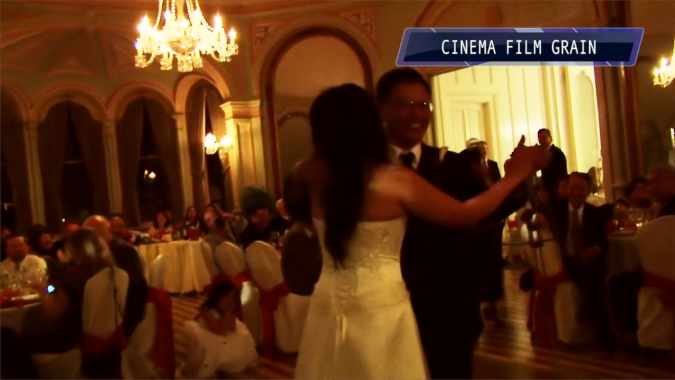 The images above show you the progression in my color-correction and visible noise reduction transformation. It’s not perfect as removing visible noise from video softens the image. In this case, the issue was worsened because the decision had been made to shoot with available light rather than adding spotlights to each camera.

An Overview of what I did

My first concern was removing the blue pixels which appear in the darker areas of the video and increasing the overall brightness.

To fix this, I adjusted the brightness and contrast and color-graded the video using a gold tint.

Tinting video is a trick I use when I find that I am unable to correct a video’s white balance. I tried grading with a few different color schemes before settling on gold as the best option.

Once I adjusted the brightness and color, the dancing blue noise took on a grayish appearance against the lighter background.

My next step was to apply the Neat Video filter. To do this I first had the plug-in analyze the noise pattern in my video. I had the option to customize this selection but I was happy with the initial results.

In the image above you will note that all of the noise is now gone! You will also see that the resulting image has a softer look. This is the cost of the noise removal.

My final step was to add a film grain back into the image. Why am I adding noise back into my video? I felt that adding real film grain to the gold-tinted video would cement the vintage feel I had created. The film grain I used was stock footage made from real film grain rather than a computer-generated filter. The effect is subtle but to my taste. You could add more grain if it suited you or stick with the smooth version.

The ABSoft web site goes into great detail about visible noise and how their plug-in removes it. If you are interested in the technical aspects of the Neat Video noise removal, take a look here.

What platforms does Neat Video support?

Neat Video is available for the following platforms:

How much does Neat Video cost?

There are three versions of Neat Video available:

I tested my footage with the free Demo before deciding to purchase the $99.90 Pro plug-in.

The $99 I paid for ABSoft’s Neat Video plug-in was worth every cent. It took a poorly shot video from an important event in my past and turned it into something that could be watched and enjoyed far into the future.

My suggestion is to always shoot with proper lighting. It is less expensive and in the long-run produces better results. However, in instances where the lighting may be out of your control, the Neat Video plug-in may be your best bet.

If you are trying to clean-up noisy video, you should take a look at the trial Neat Video plug-in. If it works for you like it did for me, you may find it deserving a spot in your MacGyver video toolbox.

I purchased the Neat Video Pro plug-in and have been using it for at least 4 months prior to this review.